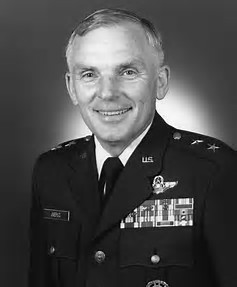 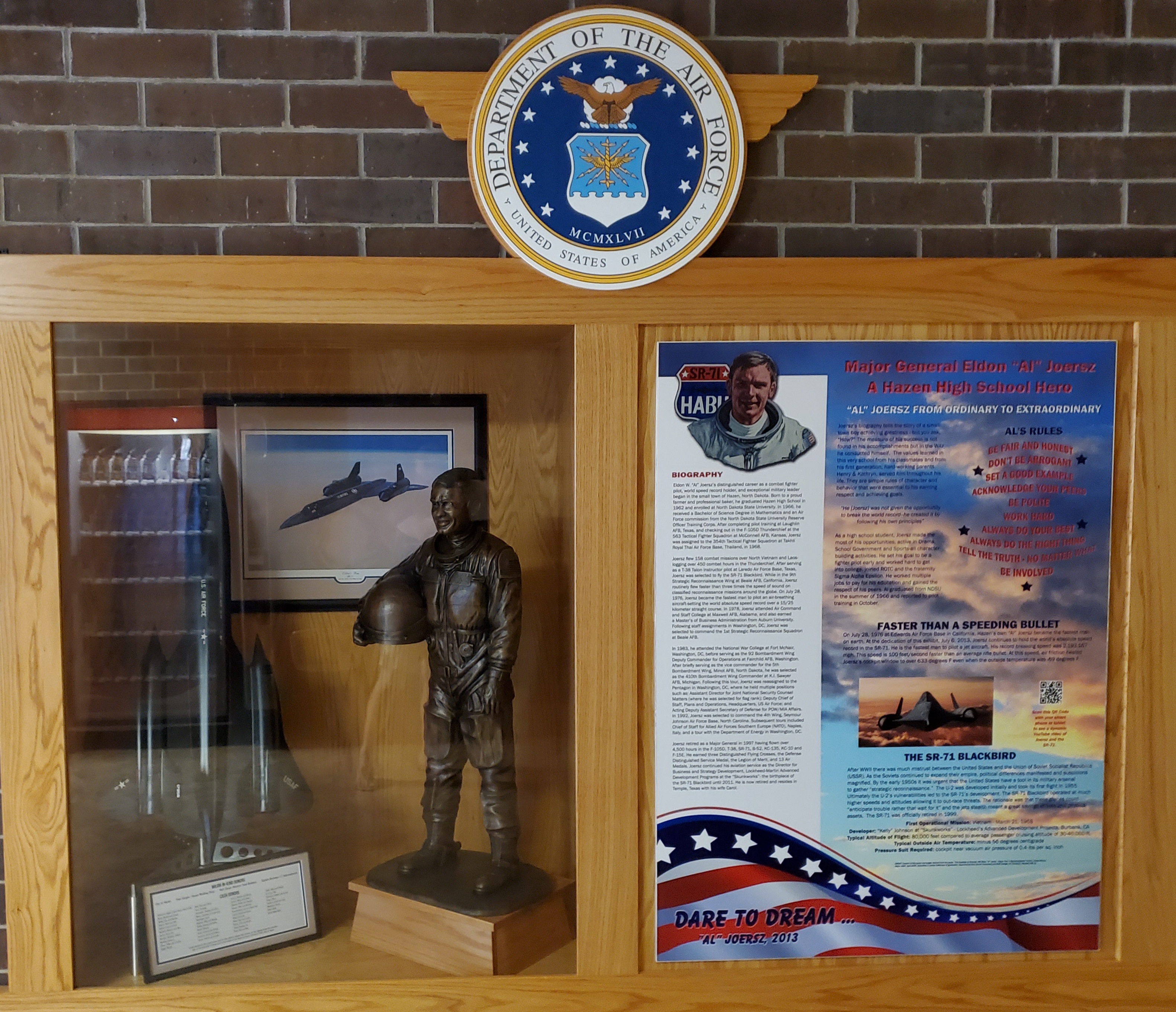 Hazen is home to the world's fastest pilot of an air-breathing airplane!  A record that still stands today!  Yes, it's true!  His name is Major General Eldon W. Joersz, USAF (ret).  He graduated from Hazen High School in 1962 and went on to North Dakota State University receiving a Bachelor of Science in Mathematics and an Air Force commission from the North Dakota State University Reserve Officer Training Corps.  He completed his pilot training at the Laughlin Air Force Base in Texas.  Joersz flew 158 combat missions over North Vietnam and Laos, served as a T-38 Talon instructor pilot, but his most impressive duty was on July 28th, 1976 when he strapped into his SR-71 Blackbird and with a full fuel load, flew south to the airspace above Edwards Air Force Base, California crusing faster than a single bullet at over 80,000 feet in the the air.  Joersz set the world's absolute speed record of 2,193.167 miles per hour over a 15/25-kilometer straight course!  Joersz's extraordinary achievements are due to his leadership philosophies of "Always do the right thing" and "Tell the truth-no matter what."  Philosophies that were instilled in Joersz at an early age in Hazen.  He is an icon to our great city!  Hazen High School has a display located by the gymnasium reflecting his life.  The airport located in Hazen is named the Al Joersz Field. 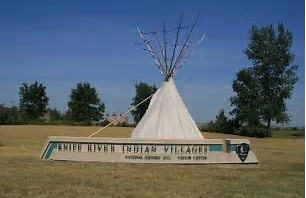 Hazen is surrounded by attractions that might catch your eye!  Visit the Knife River Indian Villages historical sIte and learn about the Hidasta, Mandan and Arikara tribes and their way of life.  Take a drive to the Garrison Dam which is 2 1/2 miles wide and 210 feet tall.  The Garrison Dam is the 5th largest earthen dam in the world! The reservoir behind the dam is named Lake Sakakawea, and stretches across 178 miles.  This dam was built for flood control, hydroelectric power, and irrigation.  Interested in the history of Mercer County?  Travel 8 miles west to our neighbor city, Beulah, and view the displays that take you through early settlement days.